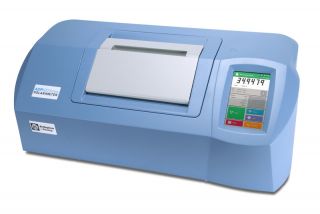 Available as single, dual and multiple wavelength derivatives not only covering the visible spectrum, the ADP600 Series of Peltier temperature controlled polarimeters are capable of measuring optical rotation to four decimal places in the highly sensitive ultra-violet region. This capability makes the instrument particularly suited for use by scientists wishing to measure chiral compounds and other optically active substances in the chemical, pharmaceutical and food sectors as well as for use in academic research.

Sample Tubes & Peltier Control
Peltier technology is intelligently applied to the sample chamber of the new polarimeters so that measurement can be accurately made without the need of an external device such as a waterbath to control sample temperature. The ADP600 Series Polarimeters have two preset operating temperatures being 20 and 25 °C in accordance with European and United States Pharmacopoeia respectively and other user temperatures between 20 and 30°C may be configured via the instrument user interface.
ADP600 Series Polarimeters accept standard glass or special low volume leur taper polarimeter tubes facilitating measurement across optical path lengths between 5 and 200m with tube diameters from 3 to 8mm being readable. Optional lids may be easily be fitted to the ADP600 Series Polarimeters, facilitating sample tube entry and exit. 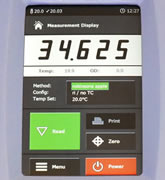 Integral to operational simplicity is the full color, high definition, touch-screen graphical user interface. A menu structure featuring a METHODS system makes for one-touch calibration and instrument configuration; especially where the specific rotation of a number of samples is being analysed over a wide range of concentrations, path lengths, temperatures and wavelengths. A "Mean Method" is also available, allowing a number of readings to be taken from a production batch with the mean being calculated and recorded once the experiment has been completed. The Mean Method is ideal for pharmaceutical applications where compliance with pharmacopoeia is required.
The METHODS system is also very similar to that of the wide ranging RFM900 Series of high accuracy Peltier controlled refractometers that are in common use throughout the flavours, fragrance, chemical and pharmaceutical industries.

A full range of accessories is available including low volume, standard and flow through sample tubes as well as UKAS-certified quartz control plates traceable to ICUMSA and PTB for verifying instrument performance. Validation documents (IQ/OQ/PQ) are also available. 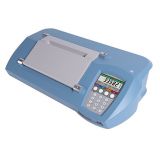